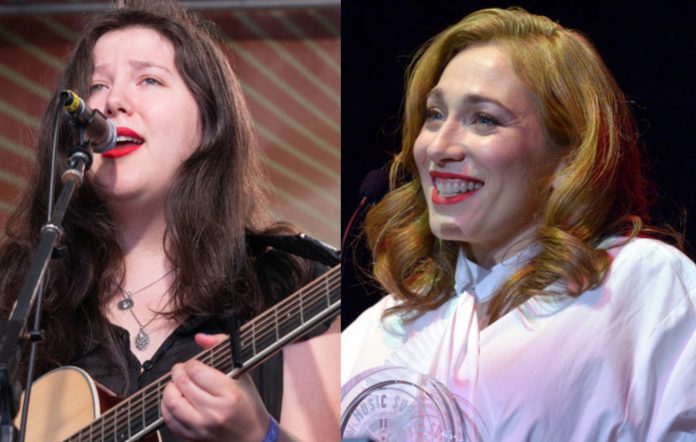 Lucy Dacus has performed a cover of Regina Spektor‘s ‘Summer In The City’ – you can watch it below.

Playing at Chicago’s Vic Theatre on Monday night (October 11), Dacus, who was without her guitarist Jacob Blizard as he tested positive for COVID, performed a few covers during her set, including Bruce Springsteen‘s ‘Dancing In The Dark’.

The ‘Hot & Heavy’ singer put her own spin on Regina Spektor’s ‘Summer In The City’. Taken from Spektor’s 2006 album ‘Begin To Hope’, it’s the first time that Dacus has ever performed the song live.

You can see Dacus’ rendition of ‘Summer In The City’ below:

Elsewhere during her set, Dacus was joined by Bartees Strange for a performance of ‘Night Shift’, the lead single from her 2018 album, ‘Historian’. You can see a clip of their live team-up below.

Dacus will head out on a UK and European tour next year, kicking off at The Brudenell Social Club in Leeds on March 18 before stops in Glasgow, Dublin, Manchester and Bristol. The run concludes with a gig at the Kentish Town Forum in London on March 25, 2022.

Dacus will then head to Europe for gigs in Belgium, Germany, Denmark, Austria and more. You can check out her 2022 tour schedule here.

This past summer, Dacus and Julien Baker contributed songs to a new expansion pack for The Sims 4, both recorded in the Sims’ bespoke language of Simlish.

Recorded for the ‘Cottage Living’ expansion, both artists chose to re-do tracks from their most recent albums. Dacus settled on ‘Hot & Heavy’, the lead single from her third studio album ‘Home Video’. Baker, on the other hand, went with ‘Faith Healer’ from her 2021 effort ‘Little Oblivions’.

“The subject might transport us to Dacus’ past, but musically she move us forward into a new chapter in her musicality. In a bid to make the record prettier, warmer and sound more nostalgic than her previous two, she brings in acoustic guitars and, for the first time, piano. The most interesting moments, though, come when she takes risks.”