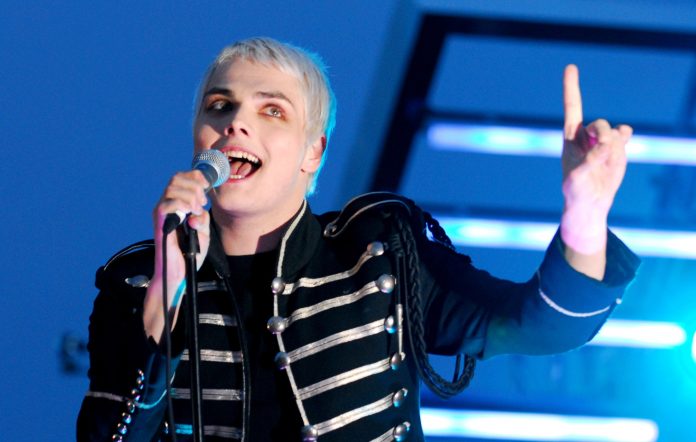 My Chemical Romance frontman Gerard Way has spoken of how the band’s ‘Welcome To The Black Parade’ was inspired by “the triumph of the human spirit over darkness”.

The singer looked back on the 2006 single, which featured on MCR’s third album ‘The Black Parade’, during the latest episode of Steve Baltin’s podcast My Turning Point (released yesterday, October 12).

Way told the host that the process of writing ‘Welcome To The Black Parade’ was “really collaborative” while revealing the overall meaning behind the track.

“The triumph of the human spirit over darkness was something that was kind of built into the DNA of the band from the beginning,” he explained. “The self-actualisation, the triumph of the spirit and things like that, getting through really hard things.

“There’s darkness in the world. And I think overcoming that darkness, that darkness externally and internally, is a beautiful thing. It’s a challenging thing, but it is beautiful if you can do that, if you can kind of triumph over that. So that’s a theme that’s definitely in ‘Black Parade’, the song, and it’s in my work.”

He added: ​“That song – like a lot of My Chem stuff – was really this collaborative experience. We were just in this haunted house together, kind of becoming slowly depressed, and withdrawn, and isolated from the world outside; I don’t remember us even leaving this house [the Paramour Mansion].

“It became a dark place, and just being in there and kind of jamming this idea together, and playing it together, and getting the original bones of the song, that was really collaborative.”

You can listen to the full interview above.

Back in April, My Chemical Romance postponed their highly-anticipated UK tour dates to May 2022 due to the coronavirus pandemic.

The band returned to the stage at Los Angeles’ Shrine Auditorium in 2019, marking their first show in seven years. Reflecting on the event one year on, MCR’s Frank Iero told fans that he “couldn’t wait” to get back out on the road post-COVID.

Gerard Way revealed over the summer that he’d been working on new music, though he didn’t specify whether it was for My Chemical Romance, solo material or for another project.