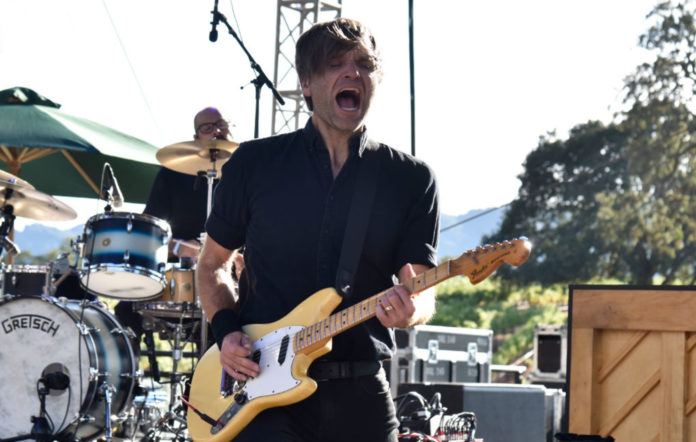 Death Cab For Cutie have announced a special 20th anniversary reissue of their 2001 album ‘The Photo Album’, featuring a number of previously unreleased tracks.

The newly remastered 35-track reissue is set to arrive on October 29, and will include studio outtakes, previously unreleased tracks, rarities, and UK-exclusive b-sides, as well as covers of Björk‘s ‘All Is Full Of Love’ and the Stone Roses‘ ‘I Wanna Be Adored’.

A limited edition 2xLP, also newly remastered for vinyl, is available to pre-order now, and arrives in spring 2022.

“I think ‘The Photo Album’ is pretty excellent,” former Death Cab For Cutie guitarist Chris Walla said in a statement. “The demos are especially satisfying to me – they were recorded live to the 8-track over the course of a few days just a week before we started the album proper, and they are a beautiful, buzzing, remarkably confident set of test Polaroids for what the album would become.”

To accompany the announcement, the band shared a previously unreleased “Band Demo” version of ‘Coney Island’. You can listen to the track below.

“It’s very indicative of the process we were employing at that point, which was to deconstruct something and build it completely back up,” frontman Ben Gibbard said of the track in a statement. “In that particular case, it made the song a lot more interesting and gave it a nice flavor and a loneliness that sits well on the album.”

You can see the full tracklisting for the deluxe edition of ‘The Photo Album’ below:

Meanwhile, Gibbard has downplayed the chances of The Postal Service reuniting to make any more new music together.