A special NASA-themed rendition of the ‘Punisher’ track 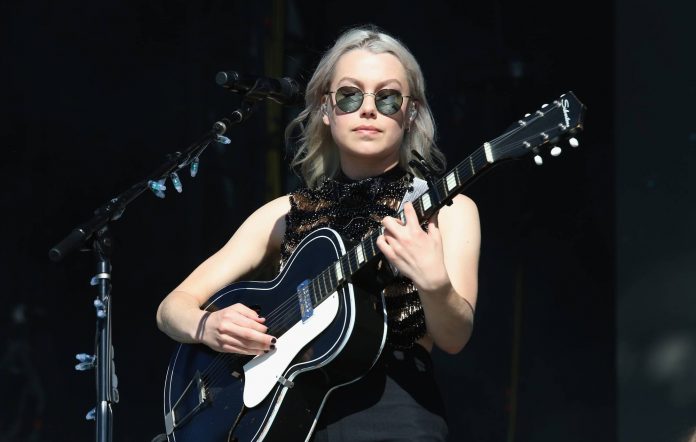 Phoebe Bridgers performed an acoustic rendition of her track ‘Moon Song’ during last night’s edition of Jimmy Kimmel Live – you can watch her performance below.

The song is taken from Bridgers’ second studio album ‘Punisher’, which came out in June 2020.

For her Kimmel performance last night (October 12) Bridgers, playing acoustic guitar, wore a mock-NASA space suit and was accompanied by a member of her band on violin, who was sat inside a space capsule.

You can watch Bridgers’ special rendition of ‘Moon Song’ below.

Last weekend Bridgers’ set at Austin City Limits was cut short after the sound was cut off during the final song of her set.

The musician tweeted “lol fuck acl” following her set, and the festival has since apologised.

“Unfortunately, due to a miscommunication on stage by ACL Festival personnel, the sound on the final song of [the] Phoebe Bridgers set was cut off during her ACL Fest weekend two performance,” ACL’s statement reads.

“We wish this had not happened and extend our apologies to Phoebe. After positive conversations between festival organisers and the artist about the situation, ACL Fest has made a donation to Texas Abortion Funds to show our support for Phoebe and an organisation close to her heart.”

Last week Bridgers’ feature on Noah Gundersen’s song ‘Atlantis’ – taken from his new album ‘A Pillar of Salt’ – was released.

“Phoebe may not be physically in the [music] video but she’s there in spirit as the sweet voice of my inner monologue,” Gundersen wrote in a press statement about their collaboration.