The mode will continue the Dark Aether story and add demons 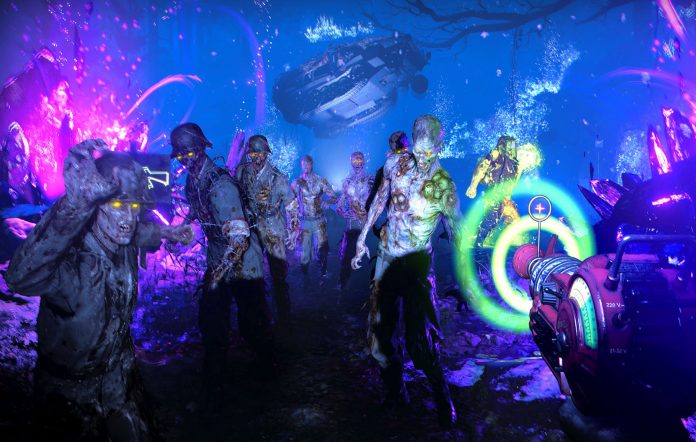 Call Of Duty: Vanguard’s zombies game mode will be revealed on October 14 later this week.

The tweet, viewable below, comes with a gif and the statements “Zombies + Dark Aether + Demons!?” and “Vanguard is bringing one of your favourite modes with a sinister twist.” The reveal will take place on October 14 at 4pm BST/ 8am PT/ 11am ET.

Zombies + Dark Aether + Demons!? 🤘#Vanguard is bringing one of your favorite modes with a sinister twist.

The mode for Vanguard is being developed by its original creator Treyarch, rather than Sledgehammer Games, who is developing the multiplayer and campaign. Activision has said it is both set before Black Ops Cold War and a “franchise-first crossover,” as it will continue the story set up therein.

Call Of Duty zombies will provide “continuity from a lore standpoint” while still “innovating on the core gameplay loop”. Little else is officially known about the mode, but the inclusion of demons is definitely an unexpected twist for the series.

The writers behind Call Of Duty: Vanguard have also said that they want to make two sequels to the game. “We came into this process saying, ‘how do we make the iconic CoD characters?’ because you don’t really have that in Call of Duty right now,” said writer Sam Maggs.

Interestingly, the reveal time and date for this zombies mode is exactly the same as the one for the Hazard Zone mode in Battlefield 2042. That is expected to show off the last of the three online modes for the multiplayer focused title, which could be somehwart similar to a Battle Royale game.

Call Of Duty: Vanguard is releasing on November 5 for Xbox One, Xbox Series X|S, PS4, PS5, and PC.

In other news, upcoming Xbox exclusive title Avowed from Obsidian is apparently like a mixture of The Outer Worlds and Pillars Of Eternity.