Smash Mouth’s Steve Harwell is retiring due to health issues 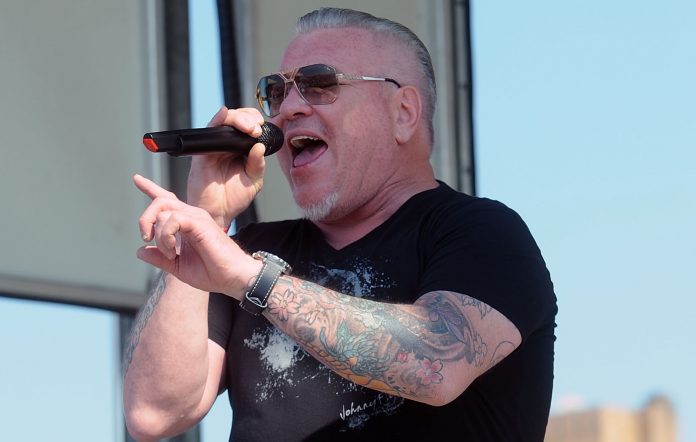 Smash Mouth‘s Steve Harwell has announced that he’s retiring due to ongoing health issues that he’s been battling for several years.

According to the Los Angeles Times, the frontman has decided to step away from music following a concert that took place on Saturday (October 9) in Upstate New York, where he was slurring his words and making threatening comments toward the crowd (“I’ll fucking kill your whole family, I swear to God,” he told one fan). In footage from the event, he also appeared to throw up the Nazi salute.

A representative for Smash Mouth told the publication that Harwell had left the band to focus on what they described as “longstanding medical issues”.

“Despite Steve’s best efforts to work through these ailments, he is heartbroken to share that it has become impossible for him to continue doing what he loves most, performing in front of the band’s millions of fans around the world,” they said.

TMZ has reported that the singer was diagnosed with cardiomyopathy eight years ago, which led to other medical setbacks like heart failure and Wernicke’s encephalopathy, which “has greatly impacted his motor functions including speech and impaired memory,” a spokesperson said. This presumably contributed to his disoriented performance at the gig in Bethel, New York at the weekend. You can see footage from the concert below.

Regarding the apparent Nazi salute, the spokesperson said that the singer “regrets his actions, but this TikTok video is not an accurate representation of the man Steve is”.

“Ever since I was a kid, I dreamed of being a Rockstar performing in front of sold-out arenas and have been so fortunate to live out that dream,” Harwell said in a statement. “To my bandmates, it’s been an honor performing with you all these years and I can’t think of anyone else I would have rather gone on this wild journey with.”

He added: “To our loyal and amazing fans, thank you, all of this was possible because of you. I’ve tried so hard to power through my physical and mental health issues, and to play in front of you one last time, but I just wasn’t able to.”

Smash Mouth were widely criticised last year when they decided to perform at Sturgis Motorcycle Rally at the height of the coronavirus pandemic.