You’ll crow upon beating this treasure

Death’s Door will have you roll-dodging around lovingly rendered, beguiling yet silly characters, looking for an opening, while also having you explore bespoke, isometric dioramas looking for secrets around corners, like you’re in a hardened version of Captain Toad: Treasure Tracker.

You play as an adorable little crow Reaper, stuck working a bureaucracy of other crow Reapers, tasked with eliminating magical creatures who have somehow conquered mortality and outstayed their welcome. That is to say: someone needs to slay them and show them the door to the grave, and why shouldn’t that someone be you? It’s a darkly comic spin on the traditional trappings of the genre, where you’re typically in an awe-inspiring, grim and oppressively unfamiliar world.

Instead, the main bosses in Death’s Door all somewhat expect you and are a combination of depressed and scared that you’ve found them, as you have the power to finally steal their unnaturally lengthened final grasp at life. There are twists and turns as the game draws to its conclusion, as you’ll dive into the mystery of how these beings were even able to artificially extend their lives in the first place, and the origins of the Crows’ organisation and use of doors — which are also the game’s method of fast-travelling between the game’s combat zones and its hub — to enter these worlds. 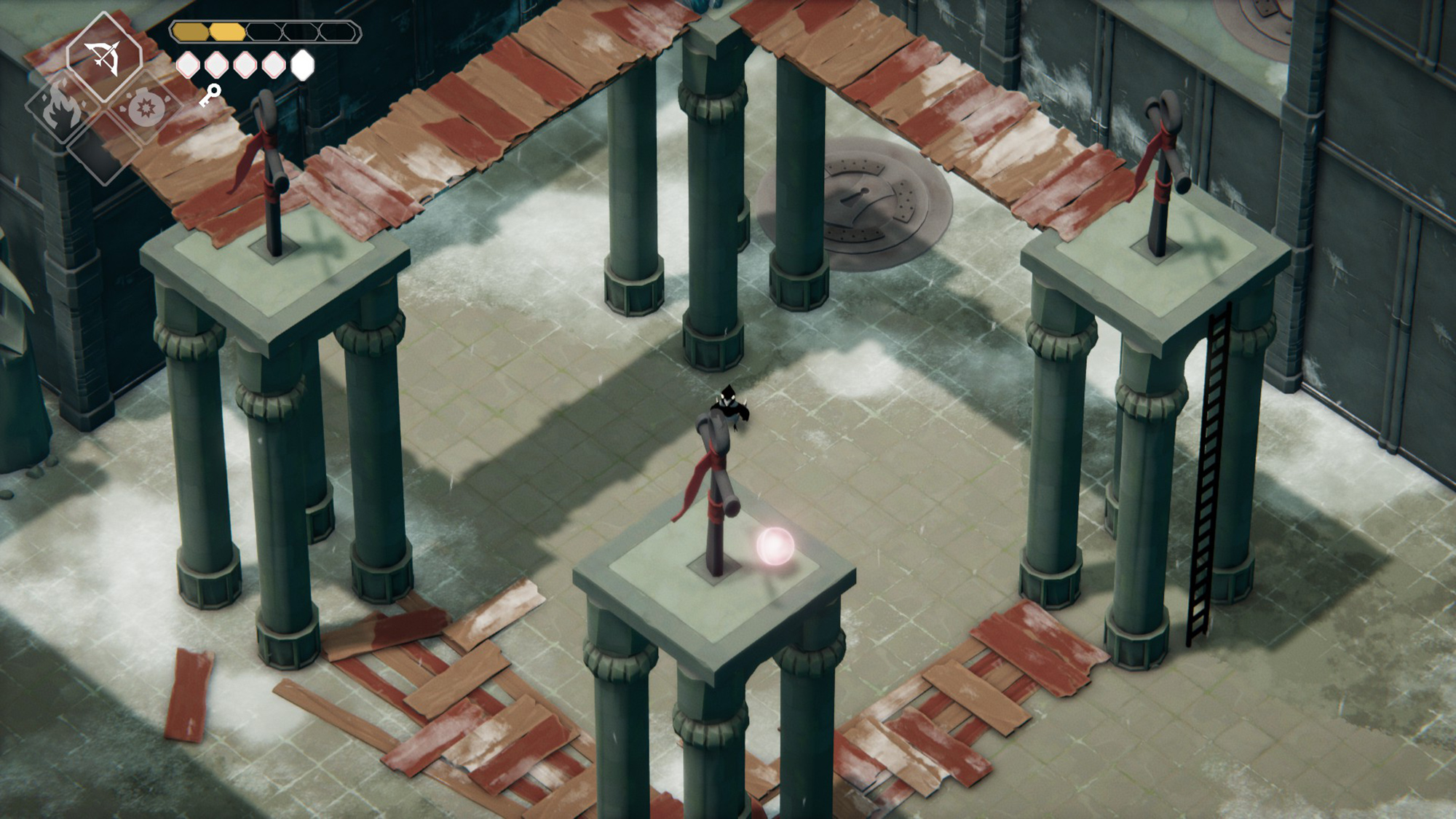 Tonally, it’s like Samuel Beckett meets Adventure Time, combining an abstract, tragic sensibility with juvenile humor and acid-tongued barbs. Some of the game’s best lines will have you smirking, and the game takes care to even make some of the game’s enemy’s attacks entertaining and funny to even watch. Whatever you do, don’t check publisher Devolver Digital’s Twitter account, as it spoils one of the game’s best moments. The richly drawn atmosphere both separates the game from the rest of the pack and helps drive the other wonderful part of Death’s Door — its surprising player accessibility.

Fundamentally, Death’s Door is a breezy Soulslite, with tricky and demanding combat, a mocking, loud Death screen, the aforementioned roll-dodge, and imposing bosses. However, you don’t lose your earned Souls — yes, the currency in Death’s Door used to upgrade your base stats is literally called Souls — upon death, and the game can be quite relaxing and joyful for its first few hours, with only a few particularly challenging portions. It takes a minute to heat up, which is great, in comparison to other recent spins on the genre which will have the player pulling their hair out from the start. It’s also relatively easy to avoid combat sections altogether when you’re replaying sections that you died on, and it’s hard to screw up progression, as there are only few stats you can actually upgrade. 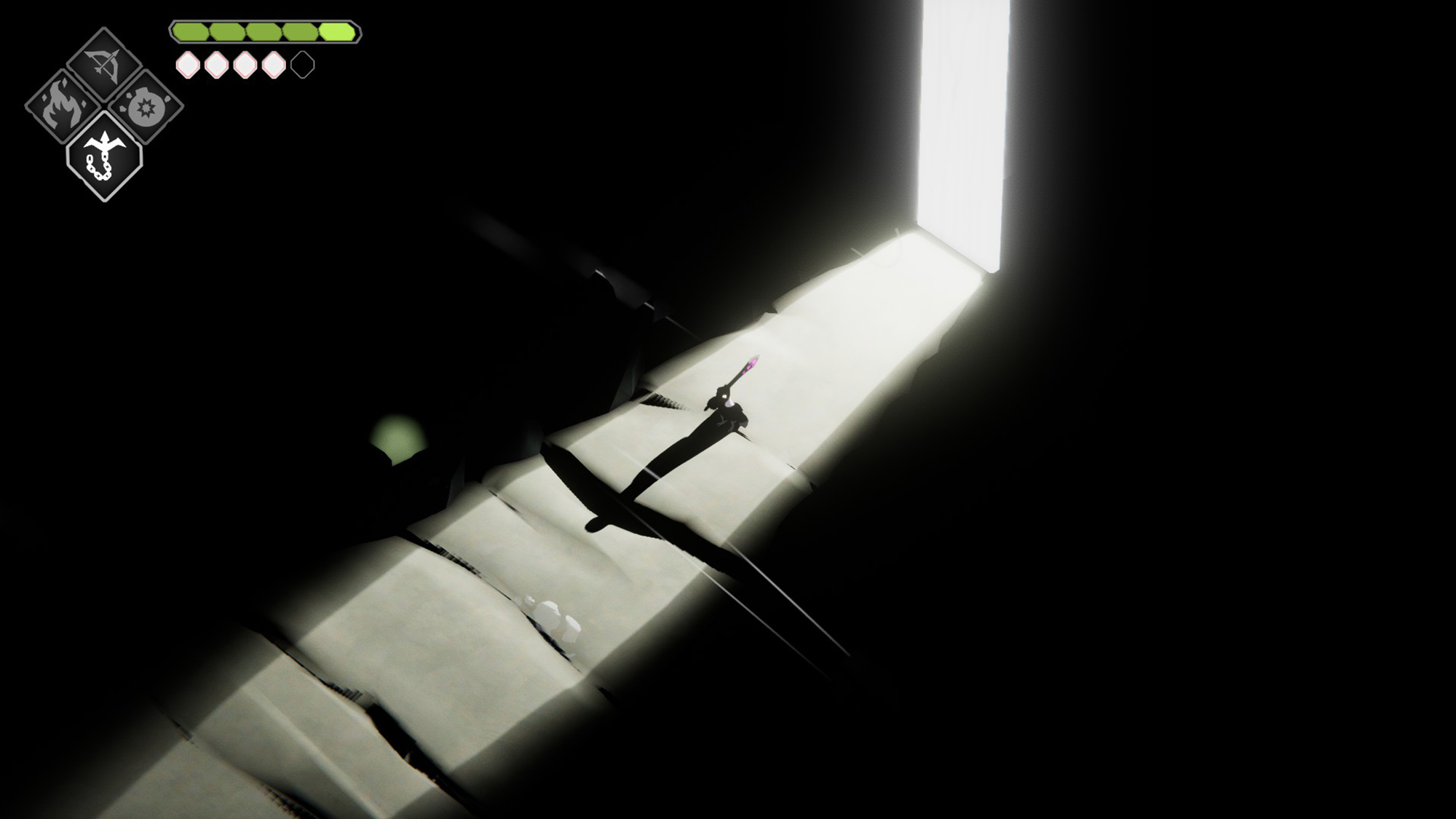 The combat in Death’s Door is dreamily precise, with consistently fair — save for a move two of the later bosses use, where they track where the player is moving, roll into a ball, and smash into them, which is frustrating to avoid — edge-of-your-seat hitboxes, giving the player that enthralling feeling of barely getting away clean right before an attack hits. Many of the game’s projectile attacks are easily deflectable too, which adds a great deal of strategy when dealing with some of the larger mobs, as you factor in how to add the enemy attacks to your arsenal. It’s a basic, but pure system. The game gives you a basic attack that can be charged, a dodge-roll with invincibility frames, and magic projectiles, each of which you need to charge and aim with one button and the analog stick and then hit another button to launch. You only have a few moves, though strategies evolve as you earn each of the four main projectiles. Each ability — thrown flames that shoot through every enemy they hit, a massive bomb that needs to be charged, a quick-to-fire arrow, and a hookshot, which pulls you right to your foe — has its own feel and requires a slight adjustment to your playstyle to switch to.

Earning each projectile weapon is also how you progress in Death’s Door, which is close to something like Link’s Awakening or a more linear Metroidvania in its progression. Some areas are locked off until you bomb a wall, or some areas require the hookshot, and you know the rest of the deal. While this isn’t reinventing the wheel by any means, Death’s Door gets it all right in the details. While the puzzles are rudimentary — largely Zelda-inspired rooms challenging you to find the right pedestal to shoot or find the right ladder to go up — they’re rendered with extraordinary panache. Little things like warm, glowing lasers or toxic smoke effects or platforms that break apart quickly as you walk over them all look so crisp and fresh. The game seduces the player to return to areas for goodies, upgrades, and secrets once they have the proper equipment, and rewards exploration, turning over every stone and looking around every corner. 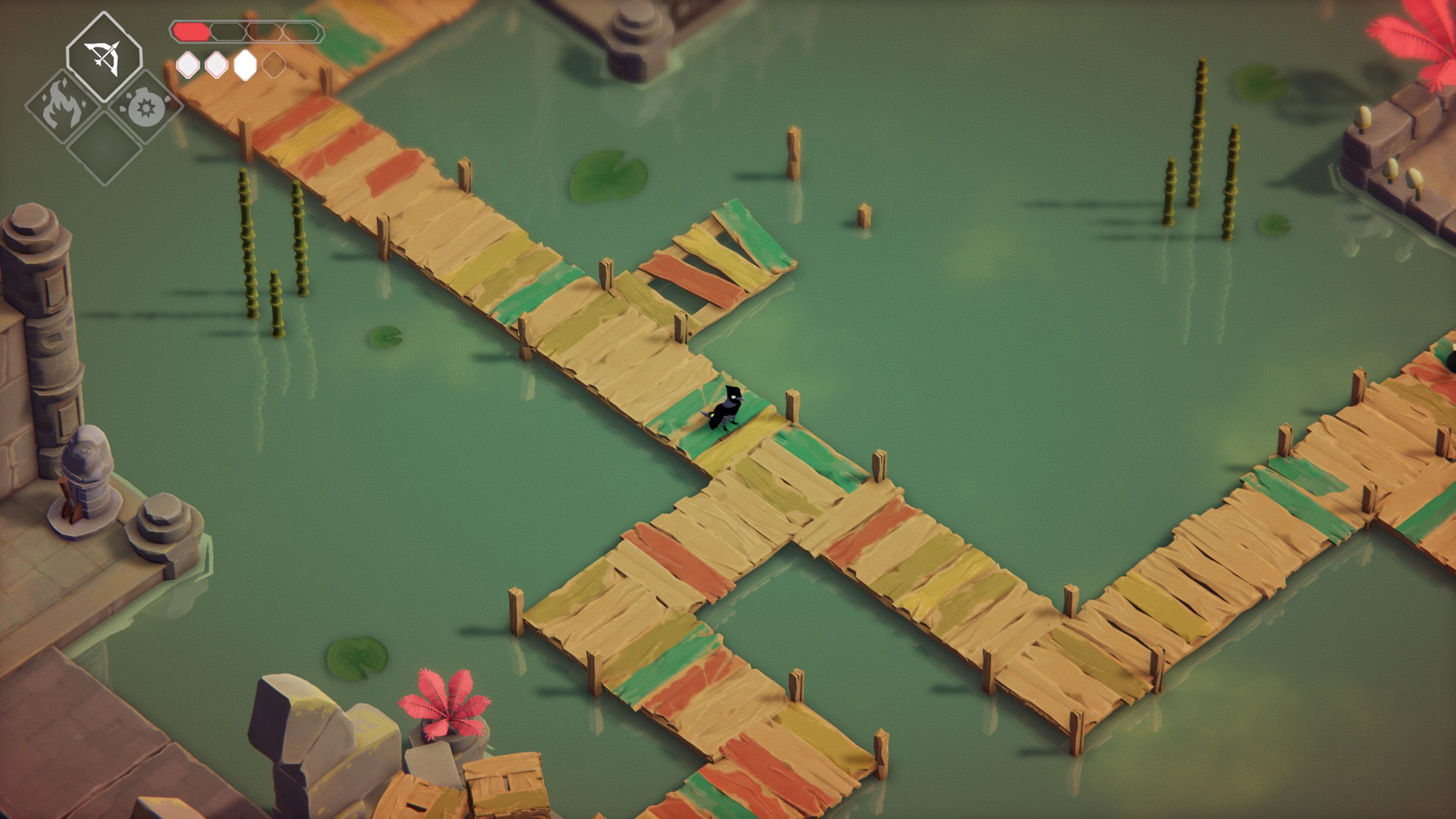 I finished the game’s main boss in around ten hours in Death’s Door, and I would say that the majority of my time was spent navigating its worlds and figuring out where to go next. While it isn’t a massive game in terms of scale, it offers the player no compass or mini-map, and the directions are threadbare. You’ll know you have to find a certain amount of lost Reaper souls — the memories of other Crow Reapers who perished trying to accomplish your task — to unlock certain doors on the way to a boss, or you’ll know generally which direction to pitter-patter on your little crow legs in, but you will sometimes get lost, or find yourself revisiting areas to figure out if you missed something. It’s at first exhilarating and mysterious to get lost in the game, but as the formula wore on — especially in the game’s third main dungeon, where many of the rooms look almost identical — I did find myself wishing there was some kind of mini-map.

This lack of one in a modern game smacked more of artificial padding than anything, as I beat the game without even acquiring too many of the secrets and upgrades, so I felt a lot of it wasn’t even necessary. For a game seemingly focused on being an accessible alternative to a proper Souls game, this felt like a glaring oversight. Likewise, the game’s last couple bosses will demand that the player grind-it-out and replay these more difficult fights — if you, like me, find yourself dying frequently — and a quick-restart button would have been welcome. The bosses attack in phases, and you can tell when you’re lagging far behind and want to just start fresh on a run. I found myself wishing I could skip the theatrics of the loud and lengthy death screen when I’d get crushed in the opening moments of an unfortunately poor showing by myself in a fight. After all the tedium exploring the final boss’ world and origin story, I also felt like he wasn’t really given his due at the end of the game, in terms of a satisfying send-off.

Having said that, these are minor nicks on a glorious tapestry of refined combat, world-class comic storytelling, and polished, beautiful worldbuilding. It’s a game that goes down easy, exceptionally balanced so that you feel a sense of both triumph and warmth as you dispose of the final boss — and there’s even more to explore with its post-game content. Death’s Door is the whole package, and you’ll be happy you knocked.

We reviewed the PC version of Death’s Door. It’s also available for the Xbox One and Xbox Series X|S

Death’s Door welcomes the player to its consistently entertaining world of unique, stubborn bosses and intriguing exploration with surprising accessibility, humor and elegant design. Once you pick it up, you’ll find yourself eager to conquer the game’s balanced challenges. There are frustrations here, but they’re few and far between.