The duo’s collaborative album is out next month 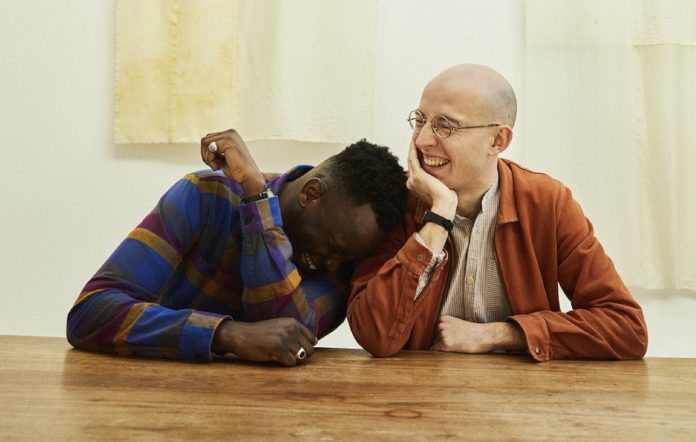 Mr Jukes and Barney Artist have shared the latest taste of their forthcoming joint album, in the form of the record’s upbeat closing track ‘Gratitude’.

You can hear the track below, and also see an intimate home performance featuring Jukes – aka Bombay Bicycle Club‘s Jack Steadman – on piano and vocals from members of the Deep Throat Choir.

Mr Jukes said of the track: “It was quite fitting that we recorded this song – which samples a wonderful gospel singer called Pastor T. L. Barrett – in my old bedroom which overlooked an old church.

“Barney was looking for the right words and I suggested he take a walk around the churchyard. He came back with the whole second verse.”

The pair’s collaborative album ‘The Locket’ will be released on August 6, a delay from the initial release date of July 2.

They shared their first collaborative single ‘Blowin Steam (Open Up Your Mind)’ in April, followed by May’s album announcement and second track ‘Vibrate’.

Barney said of that track: “’Vibrate’ was the very last song we made for the album. It really summarises mine and Jack’s relationship which is great vibes with a meaningful message.”

This weekend, Bombay Bicycle Club are set to headline Latitude Festival. They’ll precede it with two intimate shows at Northampton Roadmender on July 23 and Bristol SWX on July 24.