The “glitchy remix” was co-produced by Robby Moncrieff 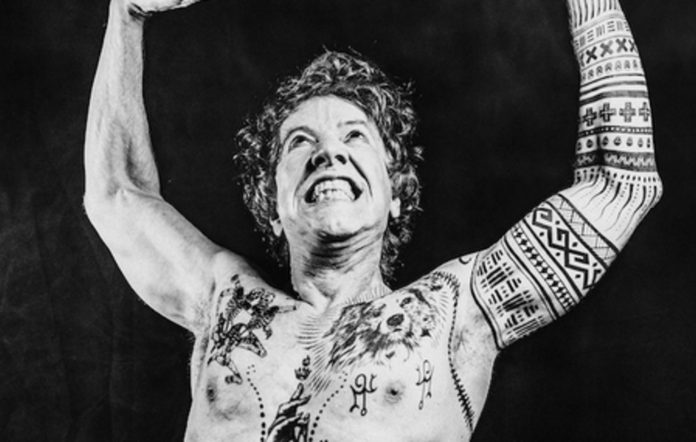 Danny Elfman has shared a new version of his recent track ‘Kick Me’ remixed by Death Grips drummer Zach Hill – listen to it below.

The original version of the musician and film composer’s track was released last month, accompanied by a Petros Papahadjopoulos-directed video.

On Thursday (April 1), Elfman released Hill’s “glitchy remix”, which was co-produced and engineered by Robby Moncrieff.

“I was a big fan of Death Grips and Zach Hill’s work, and so appreciative to have him jump in with his creative energy,” Elfman said of the track.

Listen to the new remix of ‘Kick Me’ below:

In addition to Elfman’s vocals, the original version of ‘Kick Me’ also features The Vandals’ Josh Freese and Warren Fitzgerald on drums and guitar respectively, Stu Brooks on bass, percussion by Sidney Hopson and Joe Martone, as well as strings by the Lyris Quartet.

Speaking on the creation of the track, Elfman said: “I was feeling particularly mellow one day last summer.”

“I decided to write this very chill song for everyone who wants to put something on that will really help them zone out and relax,” he joked.

Elfman returned with his first solo piece of work in October 2020, titled ‘Happy’. He followed up with ‘Sorry’ at the start of this year and ‘Love In The Time Of Covid’ in February, with the intent of releasing a new track on the 11th of each month indefinitely.

Meanwhile, the man who destroyed Donald Trump‘s star on the Hollywood Walk of Fame has revealed that he was listening to Death Grips as he carried out the act.

Austin Clay took a pickaxe to the President’s star on the famous walkway back in July 2018, with the assailant having carried the pickaxe to the location in a guitar case.