From Channel Tres’ brand new EP ‘i can’t go outside’ 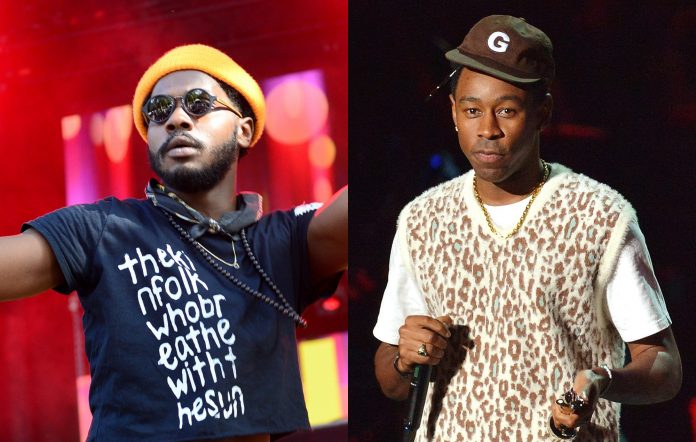 Channel Tres has teamed up with Tyler, The Creator for new single ‘fuego’, taken from the former’s new seven-track EP ‘i can’t go outside’. Take a listen below.

Speaking to Apple Music about teaming up with Tyler, Tres said: “‘fuego’ was the first song I wrote when I started the project. It was just really about me questioning my art, like yo, it ain’t that bad. Why are you scared of this shit? You ain’t that ray, you just a beat they going to flip my feet off your knees.

“So that’s just me questioning myself as an artist and why am I doing it, and stuff like that. And then, Tyler comes in and just kind of shuts up all my doubt and just… ah. He definitely blessed me with that verse for sure.”

He announced the tracklisting for the EP earlier this week. Other tracks include ‘2000 Chevy Malibu’, ‘Broke Down Kid Interlude’ and ‘Take Your Time’, with the latter featuring Tinashe.

‘I Can’t Go Outside’ was previewed with lead single ‘Skate Depot’, which arrived in October. That same month saw Channel Tres team up with LA duo Emotional Oranges on their single ‘All That’.

Meanwhile, Tyler, The Creator has been confirmed as a headliner for next summer’s Longitude Festival. He’ll top the bill at the Dublin weekender on July 3 alongside Kendrick Lamar (July 2) and A$AP Rocky (July 4).