‘The Elder Scrolls Online’ next expansion returns to a familiar world

More news is expected next month 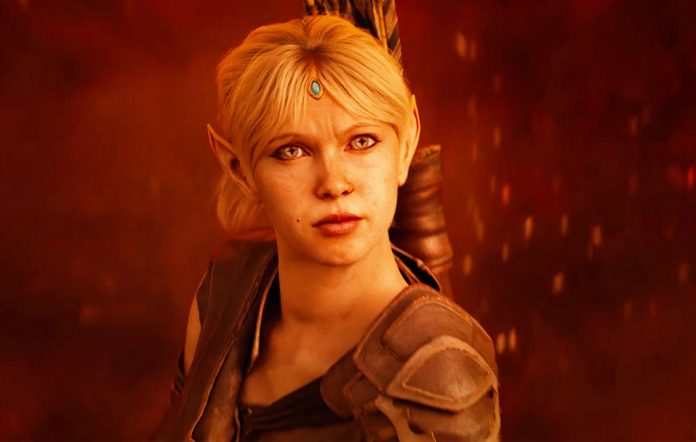 The Elder Scrolls Online is getting a new expansion and it seems to be heading back to an iconic place in the series.

Revealed during The Game Awards, Bethesda teased the next upcoming location that fans of the game will be venturing into next. Known as The Elder Scrolls Online: Gates Of Oblivion, the MMO will be returning the demon filled world found in the 2006 release, The Elder Scrolls: Oblivion.

Details are scarce, but the first in-depth look for Gates Of Oblivion will air on January 21, 2021, via the developers Twitch channel. Outside of the trailer, the only tease the company has made is the adventure “will take you and your companions to the very edge of Oblivion”.

As for the trailer, it gives a short glimpse into the plains of Oblivion, as well as some of the monstrous beasts that roam the land. The iconic imagery of the Oblivion gates can also be briefly seen.

Check out the full trailer below:

The next instalment in The Elder Scrolls series has received no further updates since its initial announcement in 2018. Since Microsoft’s acquisition of Bethesda, the future of the series is still unclear, especially in regards to its appearance on systems outside of the Xbox family.

The studio director Todd Howard believes The Elder Scrolls VI could still be multi-platform as it would be “hard to imagine” it tied to one specific platform.

Xbox boss Phil Spencer also stated that the deal was “not done to take games away” from other players, adding to the theory that its release could still be multi-platform.