Featuring a cameo from Snoop Dogg as the store manager 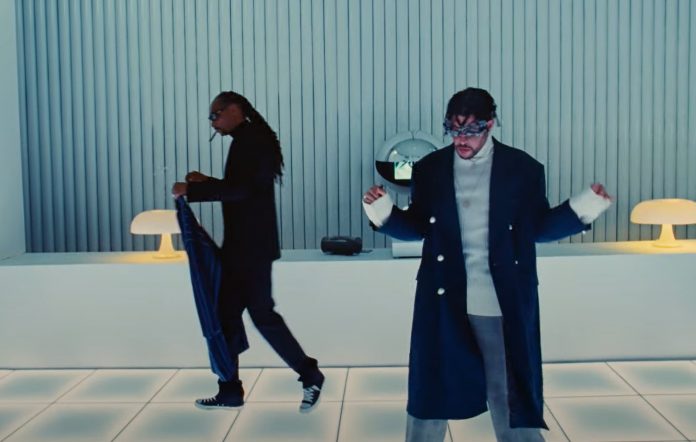 The video sees Bad Bunny riding atop a truck through a money storm in the desert, driven by a cartoon character and woman with white braids. He’s eventually dropped off and treks to a mysterious menswear shop in the middle of nowhere, where a shop attendant tells him he can’t smoke in the store.

Enter Snoop Dogg as the shop manager who comes to Bad Bunny’s rescue, scoldingly telling his assistant “hey man, how you going to act funny with the big Bad Bunny?”.

Watch the surreal clip below:

He marked the album’s arrival with a film clip for the song ‘Yo Visto Así’, which welcomed cameos from some big-name stars, including Ricky Martin, Sofia Vergara, Karol G and more.

The album, which means “last of the world tour” in Spanish, is Bad Bunny’s third LP of 2020, having dropped ‘YHLQMDLG’ in February and compilation album, ‘Las Que No Iban a Salir’, in May.

‘YHLQMDLG’ earned the rapper a Grammy nomination for Best Latin Pop or Urban Album, as did his appearance on J Balvin’s ‘Un Dia (One Day)’, along with Dua Lipa and Tainy, for Best Pop Duo/Group Performance.

Bad Bunny was scheduled to perform at the American Music Awards last month for the live debut of ‘Dákiti’, featuring Jhay Cortez. However, the rapper was forced to cancel his appearance at the awards show after testing positive for COVID-19.