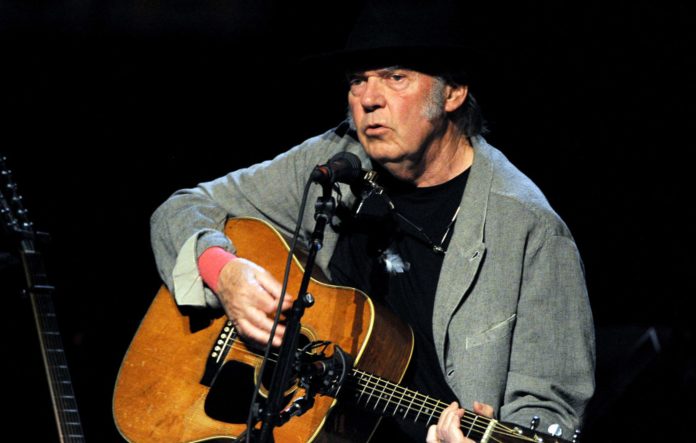 Neil Young is feeling generous this festive season, having announced today (December 12) that his entire online music archive is now free to access until the end of the year.

In a statement published to his online archives, Young said, “We are doing well here and feeling good. We hope you are well, too.

“If you are locked down, we are here for you with hours of listening and cruising around through the years in movies. We want you to enjoy what we have to share at NYA… It’s my music and our lives. Peace.”

Fans will now have access to more than 50 years of music and videos, including the recent ‘Archives Volume II: 1972–1976’ boxset. Also included are the Fireside Sessions, which received a staggered release during the summer and included a cover of Bob Dylan‘s ‘The Times They Are A-Changin”, and the title track, along with ‘Vacancy’, from his previously unreleased 1975 album ‘Homegrown’, which dropped in May.

The film, shot at the Orpheum Theater in Minneapolis, Minnesota, on January 28, 2019, is said to be released “very soon”.

Young has shared other music this year, including a 50th anniversary reissue of his classic album ‘After The Gold Rush’, a previously unreleased version of ‘Powderfinger’ from his 1979 album ‘Rust Never Sleeps’, and his latest EP, ‘The Times’, released in September.

Upon the release of ‘The Times’, NME hailed Young’s collection as “some of his most vital anti-establishment anthems for a world that arguably needs them more than ever”.