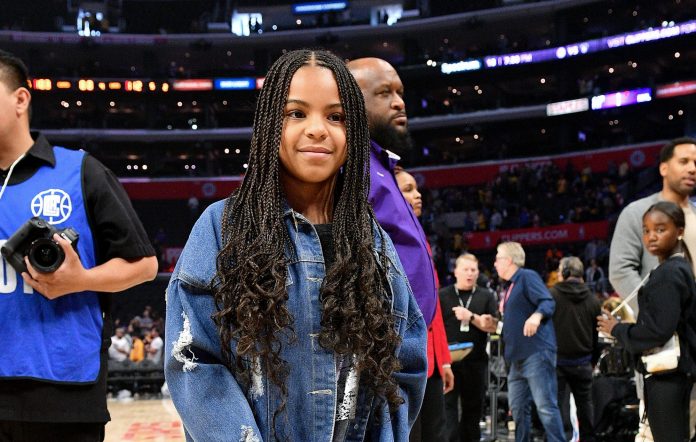 The 8-year-old’s name wasn’t on the list of nominees when it was released in November, but was added to the Recording Academy’s website yesterday (December 11). She now appears alongside Beyoncé and WizKiD as a Best Music Video Grammy Award candidate for ‘Brown Skin Girl’. However, collaborator SAINt JHN does not appear on the list.

The video is up against Harry Styles‘ clip for ‘Adore You’, Anderson .Paak‘s ‘Lockdown’ video, Woodkid’s ‘Goliath’ and Future‘s ‘Life Is Good’ clip, featuring Drake. The winners of the 63rd Grammy Awards will be announced next month on January 31.

It’s not the first time Blue Ivy Carter has been recognised for her role in the song and its video. She, along with Beyoncé, Saint JHN and WizKid, won the Soul Train Award for video of the year last month, and also took out the Outstanding Duo, Group or Collaboration award at the NCAAP Image Awards in February.

She also secured her first Billboard 100 hit at the age of seven, when ‘Brown Skin Girl’ debuted at Number 76 on the charts.

The song and accompanying video appeared on Beyoncé’s visual album ‘Black Is King’, which was based on Disney’s The Lion King.

As for Beyoncé, she’s become the most Grammy-nominated female artist in the history of the awards. She’s in the running for nine awards at the forthcoming event, including record of the year for ‘Black Parade’ and ‘Savage’, with Megan Thee Stallion.

She now holds 79 nominations in total and has won 24 times, making her even with Paul McCartney as the second most-nominated artist of all time. Only Quincy Jones and husband Jay-Z are ahead, holding 80 nominations each.