Including a “new guy” mask for Tortilla Man 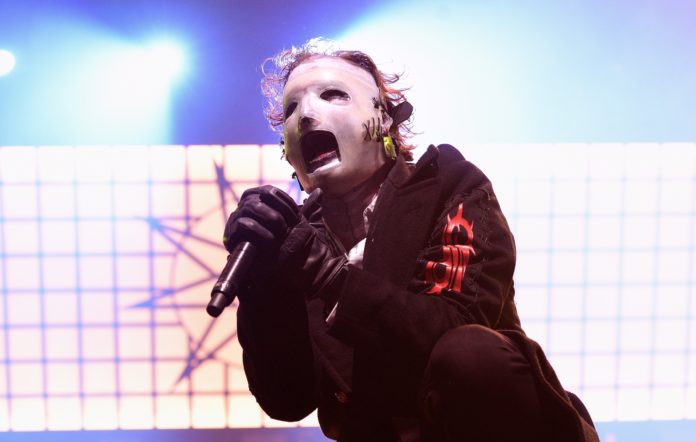 Slipknot have started selling their official masks from the ‘We Are Not Your Kind’ era.

Ranging from $35 (£27.10) to $55 (£42.59), fans can buy masks worn by each Slipknot member including a “new guy” version – worn by Tortilla Man – a reference to the accidental unmasking of the new member with the unveiling of the band’s neck gaiter range earlier this year.

‘We Are Not Your Kind’ Official Slipknot masks are here. Get yours: https://t.co/uEayLLNj3J pic.twitter.com/beS2r2HzQH

Reviewing last year’s ‘We Are Not Your Kind’, NME wrote: “The ‘Knot’s sixth album is an astonishing record: a roaring, horrifying delve into the guts of the band’s revulsion, a primal scream of endlessly inventive extreme metal and searing misanthropy.

“20 years on from their debut proper – and from that chilling photo of them in the playground – Slipknot have somehow remained true to their core as everything around them (and even their line-up) has changed.”

Frontman Corey Taylor revealed this week that the band are already thinking about their next album.

Speaking to That Jamieson Show, the singer said: “I was just talking to Clown [percussionist M. Shawn Crahan] the other day about what we should… ‘Cause we’re obviously thinking about what the next album could be like.

“And he’s in this trippy place, dude, which is rad. I love it when he’s in this crazy mindset, because I know I’m gonna hear stuff that I’ve never heard before. He’s so goddamn creative, and that inspires Jim [Root, guitar]. And all the tumblers really start to fall. So it’s pretty rad. I can’t wait.”