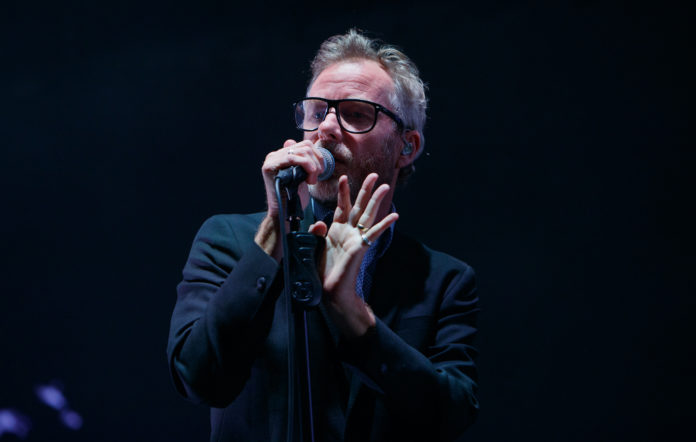 The National‘s Matt Berninger has brought his debut solo album to US television – watch his performance below.

On the show, Berninger played the album’s title track, recent single ‘One More Second’ and ‘Collar Of Your Shirt’, with his backing band all wearing masks.

See the three performances below.

Giving ‘Serpentine Prison’ a four-star review, NME wrote: “Sure, it rests in a lot of the sonic territory of The National, and this isn’t the departure that his peppy indie-pop side-project EL VY represents, but what we do have is an intimate and generous offering from one of 21st Century rock’s most prominent voices.

“If you’re one of those weirdos who doesn’t put their records in alphabetical artist order, then ‘Serpentine Prison’ should be filed next to Nick Cave & The Bad Seeds‘ ‘The Boatman’s Call’ and Leonard Cohen‘s ‘You Want It Darker’ as a lesson in stately, direct and personal songwriting prowess.”

Alongside the release of the new album, Berninger took NME through a track-by-track guide to his debut solo album. Watch the video in full below.

In a new interview with NME about the album, Berninger spoke of his love for Taylor Swift’s recent album ‘Folklore’, recorded alongside his National bandmate Aaron Dessner.

“‘Folklore’ is my favourite Taylor Swift record! Of course it is,” he said. “I love the music and she does things melodically that I’ve never done. She just knows how to throw a melody and words together in such an infectious way.

“Combining Aaron’s deep blue sea music with her hooks is just incredible. That record is like a rollercoaster that’s not too fast and not too scary – but a great ride.”