Our Black Party will push for “substantive change” 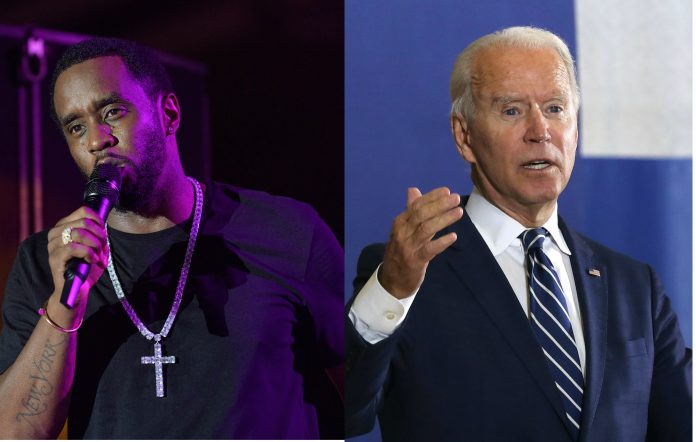 Diddy has launched his own political party and endorsed Joe Biden in the upcoming US presidential election.

Biden is the Democratic nominee for the election, which will formally take place on November 3.

During an appearance on Revolt TV with Charlamagne Tha God, Diddy spoke about the current US administration and the political future of America. “White men like Trump need to be banished,” he said.

“That way of thinking is real dangerous. This man literally threatened the lives of us and our families going to vote – stand back and stand by. We’re in a war. We’re not taking this like it’s a war. We’re taking it like it’s a presidential election. We’re in a war of love versus hate. The number one priority is to get Trump out of office. The tribe of people that have the responsibility and really should be scared to death of this man is white people.”

The star said that it would be “irresponsible” of him to encourage people to “hold their vote hostage”, as he had encouraged his fans to do earlier this year.

Speaking about his own political party, dubbed Our Black Party, he said he started it with “some young, fearless Black activists” and elected officials to give the Black community in America a voice and political power and leverage.

“Our Black Party’s number one goal is to unify behind a Black agenda,” he explained. “We have to cease our political power because it’d just be more of the same [otherwise]. We have to change the tone, we gotta start with us stepping up and really taking the responsibility and the accountability to be a part of this political movement.”

Diddy also encouraged viewers to vote for Biden. “We don’t have no choice,” he said. “You can say what you want about Biden – I can’t say I love to pick either – but we got to get him in office and then hold him accountable.”

After Biden was nominated as the Democratic candidate earlier this year, Diddy was one of many stars pushing him to choose a Black woman as his running mate. The politician eventually chose Kamala Harris to run for election with him.