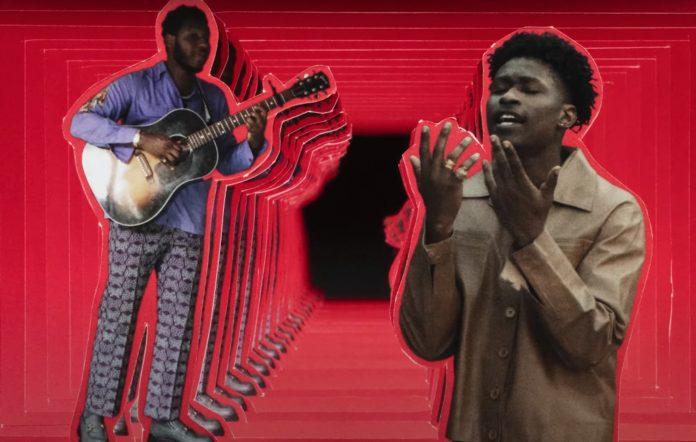 Leon Bridges and Lucky Daye have teamed up to release a new track, ‘All About You’.

The song is accompanied by the release of a stop-motion music video, directed by Jesse Lamar High and Nik Harper, known professionally as LAMAR+NIK.

Using a technique called Stratastencil, the directing duo brought 4,500 frames of hand-cut and photographed images to life in the clip. Watch the full video below.

‘All About You’ channels ‘90s R&B nostalgia in tribute to the artists who soundtracked Bridges’ and Daye’s childhoods. It was produced by Ricky Reed, who also holds production credits for Bridges’ 2018 album Good Thing.

“For this song, we set out to bring back the energy of some of the ‘90s R&B greats we grew up listening to,” explained Bridges via a press statement. “The way Lucky and I met was completely organic. One night when I was out on the town in LA, I ran into a friend of Lucky’s who suggested that we should collaborate.”

Bridges noted that he was “totally down” for the collaboration, and wanted the project to be “natural and chill”.

“The day after, I was in the studio and Lucky randomly shows up,” he continued. “I grabbed my guitar and we tossed around some melodies and lyrics, and ‘All About You’ was born.”

The song came together on the final day of recording, which Reed explained was during a time he and Bridges “weren’t even trying to write anything, just finish up a tune.”

“Then we got word Lucky was pulling up,” he said. “Lucky started singing, we dragged a mic over by the sink and started capturing… Song was done about two hours later. Never seen anything like it from two strangers, now friends.”

Bridges will follow the release of ‘All About You’ with a performance for Save Our Stages, an initiative from the US National Independent Venue Association (NIVA) to support the country’s most vulnerable venues as they face “catastrophic revenue loss”. The virtual festival will take place via YouTube from October 16-18.

Earlier this year, Bridges collaborated with John Mayer on ‘Inside Friend’, a single which donated all profits to MusiCares COVID-19 Relief Fund. More recently, he appeared at the virtual Democratic National Convention to perform ‘Sweeter’ alongside Terrace Martin.

Meanwhile, ‘All About You’ marks another chapter in a busy 12 months for Daye, who released his debut album ‘Painted’ in May last year.