Xbox is bringing ‘Doom Eternal’ to Game Pass next month

PC version is expected to join later this year 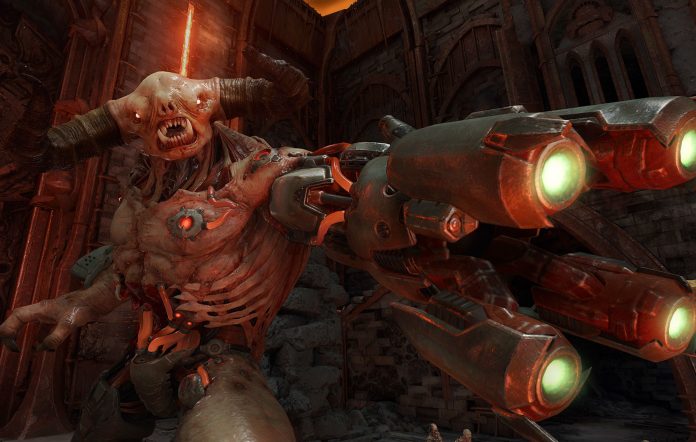 Just six months after its release, Xbox has announced that Doom Eternal is heading to Game Pass next month (October).

Xbox One members won’t have to wait long as the game is set to be added to the service on October 1. Its inclusion into Xbox Game Pass for PC is also coming at a yet to be revealed date later this year.

Following on from the 2016 reboot of Doom, the sequel builds upon the foundations of its predecessor to deliver fast-paced, gory combat. The hook this time around is providing more momentum, as arenas have a heavy emphasis on platforming to stay alive.

Doom Eternal’s first expansion, The Ancient Gods – Part One, will also be arriving on October 20. It has been shown to feature epic set-pieces, new enemy types, and the return of the devastating foes known as Marauders.

It will be included in the year one pass for free or can be purchased separately. It’s also been confirmed to be arriving as a standalone game, allowing players who don’t own Doom Eternal to experience the new story.

The addition to of Doom Eternal into Xbox Game Pass follows the recent news of Microsoft’s acquisition of ZeniMax Media, which included both Bethesda and id Software. By bringing the companies in as first-party additions into the company’s roster, it now owns the rights to franchises such as Doom and The Elder Scrolls.

Alongside Doom Eternal’s arrival into Game Pass, both Destiny 2 and Company Of Heroes 2 have recently joined the service.

Microsoft also recently announced that Xbox Game Pass had hit 15million total subscribers, which is 5million more than was reported back in April.