Yungblud shares powerful video for ‘God Save Me, But Don’t Drown Me Out’ 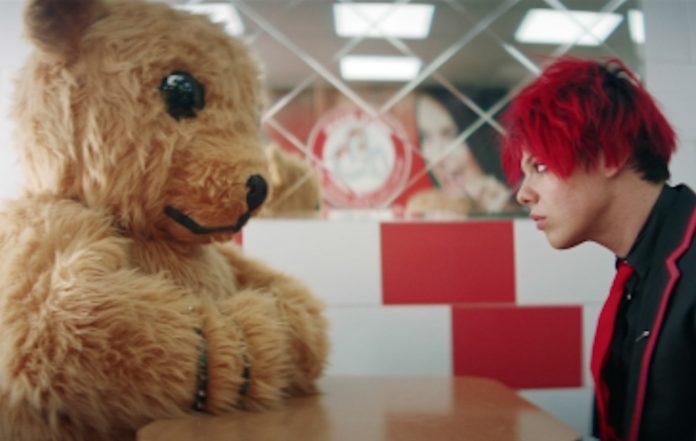 Yungblud in the video for ‘God Save Me, But Don’t Drown Me Out’. CREDIT: Press

Yungblud has shared a powerful video for new single ‘God Save Me, But Don’t Drown Me Out’ – you can watch it below.

The new track is expected to land on the Doncaster rocker’s upcoming second album, ‘Weird!’, which follows his 2018 self-titled debut and last year’s ‘The Underrated Youth’ EP.

Set to arrive on November 13, news of the new album came last week and was accompanied by the release of new single ‘God Save Me, But Don’t Drown Me Out’.

Today (September 24), Yungblud – real name Dominic Harrison – shared the song’s video, which was filmed in London and directed by Gavin Gottlich and Yungblud himself.

“This video is for anyone laying in their bedroom at 4am wondering why they aren’t good enough,” Yungblud said in a statement. “I wanted to paint a picture of what depression really feels like, where everyone can be screaming at you, but you just can’t hear anything at all.

“I wanted this video to ignite a resemblance or a spark of self-love to highlight the idea that if you ever feel like you can’t go on, it can get better. you are brilliant, you are an individual and there has only ever been one you and there will only ever be one of you.”

He added: “I loved making this video, it’s my directorial debut with my partner in crime Gavin Gottlich. I’m excited and I hope it helps people. Everyone has their own inner teddy bear, all you gotta do is just let it out. It might just save your life.”

‘Weird!’ is out November 13 and available for pre-order here. Fans who pre-order the digital album will instantly receive ‘God Save Me, But Don’t Drown Me Out’ plus previous singles ‘Weird!’ and ‘Strawberry Lipstick’.

The pair teamed up last summer for their joint single ‘I Think I’m Okay’ alongside Blink 182’s Travis Barker, and performed the track live together at Reading Festival 2019.

With his new album ‘Tickets To My Downfall’ set to arrive tomorrow (September 25), MGK spoke to Rock Sound about a trio of Yungblud collaborations that didn’t make the cut – one of which also features The Used‘s Bert McCracken.