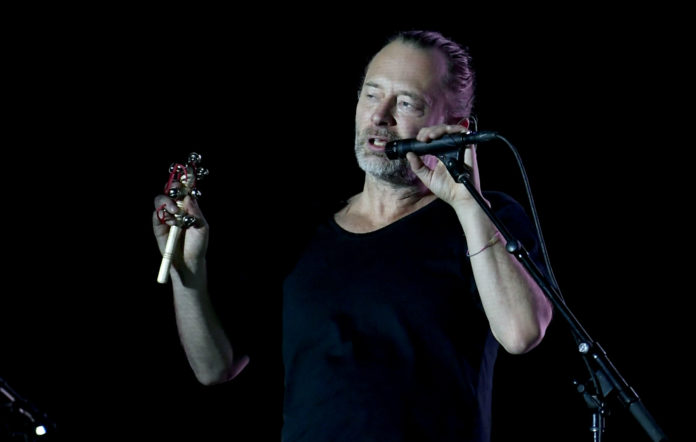 Thom Yorke has shared the second volume of his ‘In The Absence Thereof’ playlist for Sonos Radio — you can listen to the new collection of tracks below.

Yorke’s ongoing collaboration with Sonos debuted last month, with the Radiohead frontman curating his own 24-hour radio station on Sonos called ‘In the Absence Thereof’.

Yesterday (June 29) saw Yorke share a collection of tracks — which each selection fulfilling the criteria of either “fascinating or moving” Yorke — from his latest mix for Sonos in the form of the second volume of ‘In The Absence Thereof’.

The playlist includes songs by the likes of Kim Gordon, Jai Paul and Frank Sinatra, and you can hear it below.

In The Absence Thereof…v2. tracks from my 2nd Sonos mx are now up elsewhere > https://t.co/QlVnJ7mauV

Yorke recently announced the rescheduled tour dates from his ‘Tomorrow’s Modern Boxes’ tour, with all of the UK and European shows now set to take place next summer.

Yorke will also bring Tomorrow’s Modern Boxes to Roskilde 2021. The Danish festival made the announcement earlier this month as they began confirming the major names who will play at next year’s festival following the cancellation of its 2020 event.