Release date for ‘Crysis Remastered’ leaks ahead of gameplay reveal 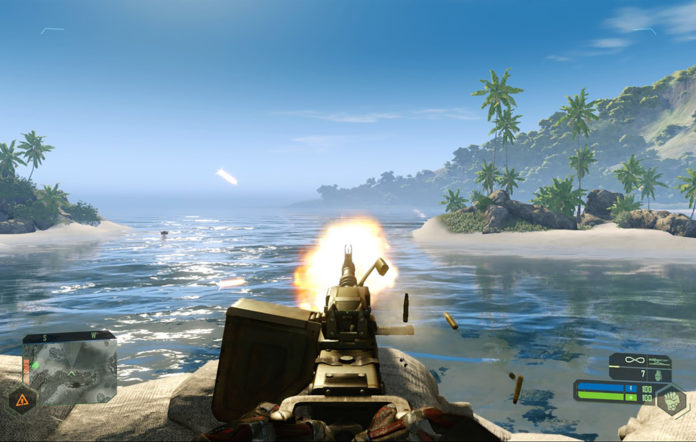 The release date for the upcoming Crysis Remastered has been leaked, which points to an earlier launch date than expected.

According to a new Xbox One listing for Crysis Remastered on the Microsoft Store, the game is set to launch on July 23 with an approximate size of 7.01GB. It’s currently unknown if it will be released on PC, PS4 and Nintendo Switch at the same time. The listing also features several screenshots from the upcoming remaster, featuring “graphics optimised for a new generation of hardware”.

The release date’s leak comes just days before the launch of the official gameplay trailer for Crysis Remastered. Crytek will premiere the video on July 1 at 5pm BST. The YouTube listing for the video is up now but doesn’t provide any specific details.

Check it out below.

Crytek first announced Crysis Remastered in April, after a series of cryptic April Fool’s Day teasers. The game is being developed with the help of Saber Interactive and will feature high-quality textures, improved art assets as well as “software-based ray tracing”, among other upgrades.

“We are excited to be working on the Crysis franchise again, and to bring all the Crysis fans a remaster worthy of their passion for the game,” Crytek CEO Avni Yerli said back in April. “It’s an exciting opportunity to be able to bring Crysis back […] so that a whole new generation of players can experience the thrill of a battle in the Nanosuit.”

In other FPS news, Riot Games announced that its new multiplayer hero shooter, Valorant, will receive six new agents every year. It also detailed the rollout for the game’s future content.