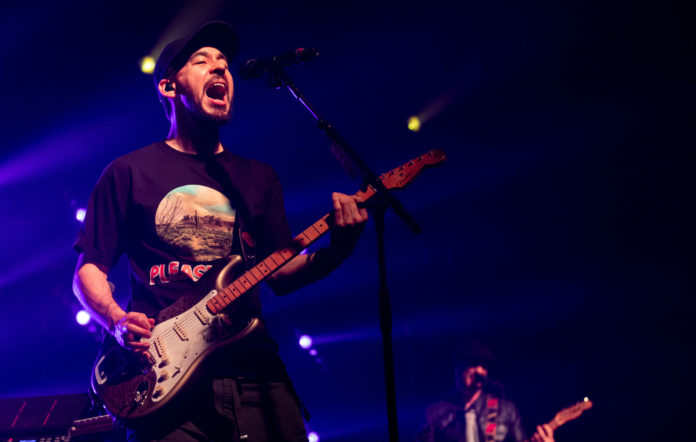 Mike Shinoda has announced his next solo project ‘Dropped Frames, Vol. 1’, comprised of songs he made with the help of fans on his Twitch streaming channel.

Set for release on July 10 on Kenji Kobayashi Productions, the Linkin Park musician’s latest project comes as a result of his busy activity on Twitch since the beginning of the coronavirus-enforced lockdown.

Taking suggestions from fans during live streams and chats on the direction of the music, Shinoda said in a statement that ‘Dropped Frames’ is “just as much about the live channel as it is about the ‘album‘”.

“The collection of songs is a highlight reel of the tracks I make on the channel, but a big part of the experience is the stream itself,” he said (via Spin). “When I start, I usually have very little idea of where it will go. What comes out is a product of the viewers’ suggestions, my spur-of-the-moment ideas, and whatever inexplicable magic is floating in between.”

You can hear the first three tracks from ‘Dropped Frames, Vol. 1’ — ‘Open Door’, ‘Super Galaxtica’ and ‘Osiris’ — below.

Check out the tracklist for ‘Dropped Frames, Vol. 1’ below.

“The dynamics of the song – the production, her voice, and the way the song speeds up into the chorus – all those things felt exciting to me,” Shinoda explained about his love for ‘I Drive Me Mad’.

“I also connected with the lyrics, the idea that you make yourself a little crazy. I’m pretty sure she’s the first person I’ve heard use the term ‘pre-traumatic stress!’”